We invite you to an on-line meeting with the Belgian architect Michaël Ghyoot, co-founder of the Rotor design studio and the ROTOR DC recycled building materials store. The THE MANY LIVES OF MATERIALS meeting is the first of three in the series titled Footprints: Heritage for the Future initiated by the PragaLAB team and OWSARP's Sustainable Architecture Group.

Reusing building materials can be one of the greenest ways to build and a modern approach to heritage – from the scale of a single brick to organizing construction process nationwide. Rotor is an unusual architectural studio, one of the most interesting on the contemporary European scene. Their work oscillates between avant-garde designs, serious scientific research and conceptual exhibition designs. The organization of the studio is a political project in itself. Rotor is a team of nearly forty collaborators who describe themselves as follows: “Rotor is a cooperative design practice which investigates the organisation of the material environment. We develop critical stance through research and design. Apart from projects in architecture and interior design, we also produce exhibitions, books, economic models and policy proposals. In 2016, we’ve launched a spin-off project Rotor DC which is the place where one can buy salvaged building components.”

Michaël Ghyoot is an architect and researcher who got involved in the field of reuse, ecology and architecture at an early stage of his professional career. In 2008, having taken part in Rotor’s first projects, he joined the team, simultaneously completing his Master’s degree in architecture. In 2009, he defended his MA thesis on reusing materials in architecture, for which he obtained the highest distinction. In 2010, Michaël got funding from the FNRS to study for a PhD at the Faculty of Architecture of the Université Libre de Bruxelles which he pursued in parallel with his commitment to Rotor’s projects. He successfully defended his PhD thesis in 2014. Between 2015 and 2018, he joined the Faculty of Architecture on a part-time basis. At that moment, Michaël was also involved in different project at Rotor, notably the Brussels ERDF BBSM project (le bâti bruxellois, source de nouveaux matériaux), for which he wrote and edited a book titled Déconstruction et réemploi. Since 2018, Michaël has been a full-time project manager at Rotor where he is involved in many different activities, such as research, reuse assistance to building owners, lectures and exhibitions. In 2021, Michaël became a member of the Advisory Board of the Rotor Deconstruction cooperative company.

The event will be held in English (without translation) 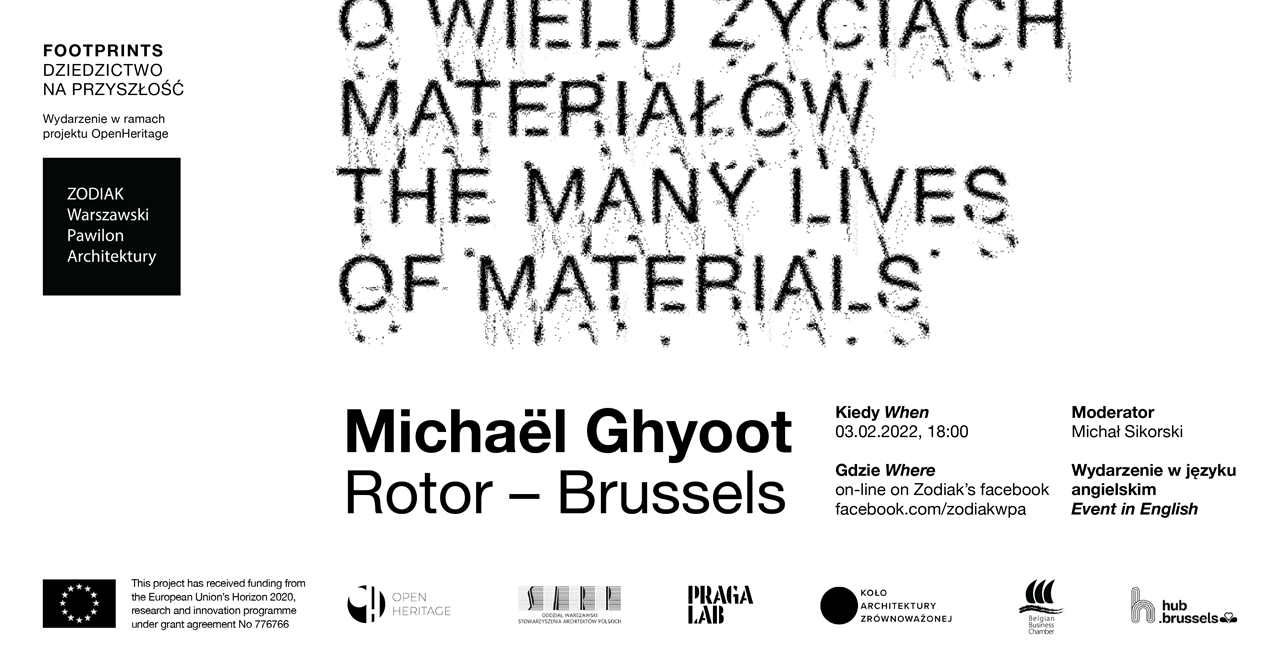